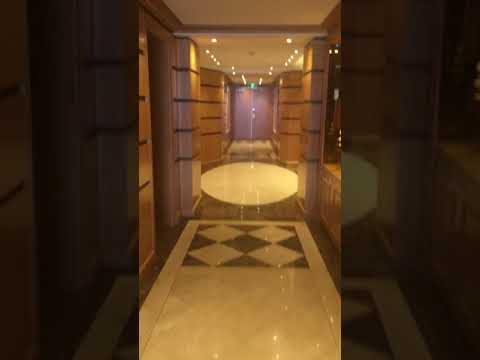 IF YOU CAN'T GET TO A TV LOOK HERE
afl.com.au Brownlow Hub
Live Chat
Mason Cox Live Tweeting
Welcome everyone to the 2018 Brownlow Medal night!
Patrick Cripps will look to garner enough sympathy votes from the umpires for carrying Carlton to a record 2-win season, Max Gawn will attempt to overcome the prejudice against tall people with long beards, Dusty will attempt to win again after his kidnapping on Friday night, and Tom Mitchell will collect the medal, then handball it off to a teammate for a cheap disposal.
 Up First- The Red Carpet!
19:30- Oh shit it's Hamish and... 'Abbey Gelmi', who is Herb Elliott's granddaughter
19:31- Also making an appearance are Jimmy and Nadia Bartel, who will have to carry a bun in the oven
19:33- Big Boner Brown in the Vegan suit!
19:35- Tex trying to speak English as he arrives at Crown
19:37- Abbey talking about how someone told her it was hard to work with children and animals... unfortunately, she ended with a combination of both tonight.
19:41- Channel 7 doing a feature on Jerri Jones getting ready for the night... hang on, doesn't she own the Dallas Cowboys
19:45- Jimmy has the enthusiasm of a dried raisin.
19:50- Wow look at all these things at Crown you'll never eat
19:53- And here comes Big Rough, former winner of the Punching Above His Weight Award
19:56- Big Bud here with Jacinta, rocking the pedo 'stache
20:01- And we can now cross over to Perth, where the Eagles are arriving at Crown Perth to hit the tables
20:03- If JJ's dunny brush head wasn't a standout, his outfit with Logan will take the honours
20:07- Oh look, it's BetEasy. Get fucked
20:12- Joel Selwood ducks into Crown... no free kick there
20:14- Whoever asked Tom Mitchell about his electricity provider in the thread, you have won!
AND THAT'S ALL FROM THE RED CARPET, THEY'RE MOVING INTO THE PALLADIUM!
 And to call us through tonight's tedious action, we've got the voice of The 'Bool, Rick McIntosh!
 Alright Bruce, fuck off and let's get this underway
AND WE'RE OFF IN THE BROWNLOW COUNT!
20:22- Crippa with a steady beginning out of the gates, Titch going straight to the front!
20:25- Maximum Gawnage nowhere to be seen, he's right out the back, as Titch starts with two-BOGs!
20:26- S.Hurn, 3 Votes
20:29- Hey gang, remember when Port were the only unbeaten team after Round 3? That's coming up next
20:34- No Undie Grundy on the board, Maximum Gawnage is on the board!
20:35- Titch with another 3 vote game- That lead is huge 3 rounds in!
20:36- Dusty with his first BOG, he's still there, as is Paaaaarker
20:40- Fyfe with some stellar performances early but he can't win
20:40- Sidebottom putting himself in the hunt drawing level with Titch
20:44- There's a loose horse going round the field, it appears to be Clive Palmer
20:50- Titch strides back into the lead again, as Maximum Gawnage gets another BOG!
20:52- WRAP IT UP
20:53- Desk Man getting amongst the early votes, as Fyfe goes into the lead before the wheels fall off
20:55- A break now as we get set for GOAL OF THE YEAR!
21:00- Barnesy is a top cunt
21:01- And the winner of the Snag of the Year is...
JACK HIGGINS? - What a fucked award this is, giving throws goal of the year
21:04- What a crazy round this was, Ronke showed up and Carlton won a game
21:05- Crippa gets a BOG and keeps himself in the race, Macrae is there as well
21:08- J.Darling- 3 Votes
21:09- SIDEBOTTOM IS RIGHT IN THIS
21:14- The late Jimmy Stynes giving Max Gawn his jumper in 2011, saying he was different. What a great call by Dublin Jim
21:17- And on that note, it's time for the Jim Stynes Community Leadership Award, which goes to:
NEVILLE JETTA
21:24- Dees players stealing votes off Maximum Gawnage
21:25- Coming up soon- MARK OF THE YEAR!
21:31- Wait a minute, that's Daisy's music!
21:34- And Titch goes back into the lead, but Sidebottom responds!
21:37- M.COX 3 VOTES YEAHHHHH
21:38- And now a tribute to the retiring players from the Silk- PLEASE COME BACK JUNIOR
Just look at some of the names gone from the game this year- Vickery, Vince, Waite, Mr Megan Gale
21:49- FINALLY, MARK OF THE YEAR TIME! And the winner is:
ISAAC HEENEY! - No arguments here, it was the hang time that won it!
21:54- Titch going back to within a vote of Sidebottom
21:55- Oh look at that, it's BetEasy. again.
22:01- Level between Titch and Sidebottom!
22:06- Lol Harry Taylor missed after the siren
22:07- And Titch with a 2 vote game has taken the lead!
22:17- Another 3 vote game for Hipwood- That one's for Speer
22:18- And Sidebottom responds to the whip! back into the lead!
22:26- They're starting to round the turn for home- It's Titch vs Rusty Sidebottom!
22:26- Hahahaha, remember when Sydney lost to the Gold Coast
22:28- Titch gets another BOG to go back into the lead, while Pendlebury gets BOG for hitting a pigeon with a bounce
22:32- AND TITCH IS BUILDING A GAP- A 5 VOTE LEAD WITH FOUR ROUNDS TO GO!
22:33- Yer a wizard, Gary- The most Brownlow votes ever
22:36- OPEN HIM UP TITCH- 7 VOTE LEAD WITH 3 TO GO- SERIOUSLY, HOW BLOODY GOOD IS THE CROWN!
22:43- GO TO YOUR BOOKIE AND GET YOUR MONEY BECAUSE TITCH HAS ABSOLUTELY BOLTED IN WITH THE BROWNLOW BY FOUR LENGTHS EASED DOWN TO SIDEBOTTOM!
22:45 Not bad for Sydney's fifth best midfielder... ahahahaha
22:46- WINNER- TOM MITCHELL
22:47- Going over the minors, Sidebottom ran 2nd, Gus Brayshaw has snuck up on everyone to run 3rd, Crippa and Maximum Gawnage have dead heated for 4th place, and the Desk Man and Dusty have run equal 6th.
22:52- CORRECT WEIGHT- RACE 7 AT CROWN CASINO
1st- Tom Mitchell - 28 votes
2nd- Steele Sidebottom - 24 votes
3rd- Angus Brayshaw - 21 votes
D/H 4th- Max Gawn , Patrick Cripps - 20 votes
22:54- Unfortunately, Tom's prize is having Bruce 'Creepy Uncle' McAvaney ask him questions about his childhood.
AND MY PARTING COMMENT FOR YOU ALL TONIGHT- BRAYDEN SIER WAS FUCKING ROBBED.

Crown's unsavoury business links: how Australia's casino got tied up with criminals


The leaked Crown data includes tax receipts showing the casino company paid tens of millions of dollars per year to "Sub junkets" run by Zhou's associates and agents - their percentage cut of the gaming turnover of the VIPs from the Chinese mainland that Zhou's junket has brought to Crown's casinos in Perth and Melbourne.
Three of Zhou's accomplices were jailed for three years each in one case but, rather than face the justice system for "Misappropriating huge amounts of money Zhou absconded abroad" the filing states.
The Crown files suggest Zhou himself was not at Crown's Perth or Melbourne casinos, but instead overseeing the work of his "Sub-junkets" or "Chinatown reps".
In one leaked email, Crown staff prepare to vouch to Australian visa officials about a high roller on the basis that he was "Referred by Crown VVIP Mr Zhou" and because "Crown staff has known Mr Zhou [for] more than 10 years".
In another chain of emails, Crown staff arrange a visa for a "Friend of our VVIP Mr Zhou" because the man "Would like to attend Mr Zhou birthday party in Australia".
The precise nature of the trip, and of Zhou's relationship with the United Front and the President's cousin, remain shrouded in secrecy, and until now, Zhou continues his life in his luxury Melbourne home, untouched by law enforcement.